From the outside, the red brick building looks almost like an elite university: a compound with parks, a pompous driveway leading up to the main building, six monumental pillars flanking the entrance, a large tower with copper roof looming above the main portal. Singer and civil rights activist Harry Belafonte, whose “Banana Boat Song (Day-O)” made him famous all over the world, went to school here, as did former US Secretary of State Henry Kissinger. But appearances are deceptive; George Washington High School on Audubon Avenue is a public school well past its glory days.

A downhill struggle. For the last six years, 32-year-old Community School Director Peter Tinguely has worked for Catholic Charities, a Catholic welfare organization supporting children in the neighborhood. For the last four of those years, he also worked at George Washington High School. The impressive building complex houses four different schools, and the shared sports ground is among the largest in America. Each of those four schools has their own name, director, administration and student body. At one point, George Washington High School was a high-performance school, but the quality of education and overall situation has deteriorated steadily since the 1990s.

The success of a school in New York, in fact, in all of the USA, depends on a variety of social factors. In order for students to succeed, the environment has to be supportive. A school, like a home, needs to be a safe zone. “If you think about a hierarchy of what you need in life,” says Tinguely, “about what is really important, education is not a top one. You need food, shelter, safety. You need support systems. And if these are not being satisfied, education is put aside. If I don’t know where my next meal is coming from or I have instability in my home, it’s not easy to focus on math problems.”

Do you really have students in your school who do not know where their next meal will come from?

Absolutely. Food instability is a huge problem in this school. Approximately 30% of our students live in temporary housing. It means that they don’t have a stable home for themselves; they are either in a shelter or doubling up living with someone else. Many of our students are not documented. Particularly now, there is a huge kind of national anxiety around documentation here in the US. There are many social challenges we face here in this school.

What has to happen to improve the situation of the students? In Europe, for instance in Germany and Austria, we have Social Security Programs that more or less work. In New York you have apartments that are worth 60, 70 million dollars—and on the other hand, you have school children who don’t know what they will eat tomorrow. As a European, I don’t understand that.

I don’t understand it either as an American. We have so much inequality in this country that it’s outrageous. Money is so powerful in our system that if you don’t have access to it, you are disenfranchised, you are not given the same opportunities as other people in almost every system. Education is a perfect example, [the] criminal justice system is another one. Any social system that you look at, if you don’t have money, you are with a disadvantage. And then to look at money in America, or also other places, but I know it best for the US because that’s where I am from—the history of the country, the history of the world is involved, and who has had access in the past? The concept of generational money, privilege and power. And those are the factors that largely play into our school not performing so well.

For former George Washington High School student Henry Kissinger, with his global network of contacts, it may take no more than a few phone calls to collect million dollar donations to support the school. Has there ever been an initiative in that direction?

If we wanted Henry Kissinger involved in this school, we could. But you have to know the appropriate task. Because just asking for money is not the solution. You can’t just dump money on problems.

Understood. But, for example, if you were to re-name your senior auditorium to “Henry Kissinger Theater” in exchange for, say, a million dollars, much like museums or hospitals do in New York, could that be a way forward?

Something like this is possible. But education is fascinating, isn’t it? How do we create a more just and equal education system? There have been experiments all around the country for it. The answer is not just dumping money on it. If we had a lot of money and resources going into this school, that doesn’t necessarily mean that the child has someone at home who can support them with their homework. Or someone putting food on the table. A lot of our children have parents that work 2 or 3 jobs. They can’t be home when they want to be home, because they are working for minimum wage. So, it’s not enough to put money and resources into this school. You have to also have resources for the families and the community. It takes a strong community, it takes a strong educational system and it takes a strong family to give the child a safe place to grow and become themselves. All three of those need to be satisfied, you need to get all of those things satisfied to accomplish a successful coming-of-age. There is no easy answer. Money is a factor, but not everything.

Community Schools projects invest between 400 and 500 million dollars to strengthen schools and communities. What exactly is the aim of these projects; what is being done in concrete terms?

The Community Schools is an initiative that was started quite a few years ago by another non-profit organization here in New York. It’s gone to different cities; I believe Oakland and Cincinnati had successful models. The model here in New York is basically partnering a community-based organization, a local one ideally, with a school. So, putting a lead community-based organization, such as Catholic Charity with a school, such as this High School for Health Care and Sciences, giving additional resources to both—the school and the CBO. And tasking the CBO with getting more community engagement, family engagement, enrichment opportunities for students and mental health support.

There are some real challenges. Because these things all take time to develop; it takes time to develop a trusting relationship with someone, it takes time to put up the different relationships between the CBOs and the schools. And, for whatever reason, there are competing forces in life that make these things difficult sometimes. These are the challenges that we are being faced with. But largely I believe in this initiative, but it’s not a 1-2-3-fix. You have to show up every day, continue to build these strong relationships, these resources, so that students can develop a lot of themselves. If our children can develop the confidence in themselves to go knock on anyone’s door and say: “What is going on over here? Can I participate?”—we have succeeded.

Walk of Silence: The Power of the Calm 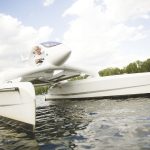 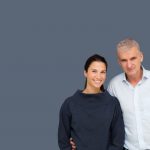