Hollywood is full of stars, but few among them have the talent to touch us with acting and singing alike. Elvis Presley, Frank Sinatra, Marilyn Monroe, Barbra Streisand—they were all masters of every genre they covered, singing, dancing and making their audiences laugh and cry. They were equally beloved on stage and on the silver screen.

Those who have seen the film A Star is Born know that they have witnessed the birth of an icon who has stepped up to join the ranks of Hollywood’s best of the best. For a long time, there has been no doubt that Stefani Joanne Angelina Germanotta, 32, known as Lady Gaga, is an outstanding singer who understands how to write songs that tug on our heartstrings, but those who have witnessed her acting figure quite rightly that she is the woman Madonna always wanted to be.

Hymnic praise in the culture pages. Lady Gaga’s “disarming, naturalistic presence is crucial to the movie’s force,” writes the New York Times in its review of the film. “Lady Gaga can act, sing, everything. If you don’t get that when watching ‘A Star is Born’ there’s something wrong with you,” the Frankfurter Allgemeine Zeitung adds in characteristically flippant tone. The truth is, Lady Gaga is widely considered a hot ticket for an Oscar at this point.

There is no doubt: A Star is Born is the role of her life. What makes Lady Gaga’s acting debut special is that even long-established female colleagues in Hollywood shower her with praise. “She is marvelous,” exclaimed Barbra Streisand, who once played Lady Gaga’s role in the second remake of the film in 1976. Anne Hathaway posted on Instagram, “Bravo Lady Gaga. ‘A Star is Born’ is so ambitious, so audacious and so brilliantly human.”

Unrelenting honesty. Lady Gaga’s strongest traits include not only her incredible talent, but also her unrelenting honesty and authenticity. Watching the Netflix documentary Gaga: Five Foot Two, one marvels the openness with which Gaga shares her doubt, sadness, weakness and vulnerability with the audience: “I am fighting against paranoia, fear, pain, panic,” she says openly. The documentary shows the dark side of her success. “I go from everyone touching me all day and talking at me all day to total silence.” These are words of desperation, and they speak of deep scars that this unbelievable career has left on the artist’s soul. “When I sold 10 million records, I lost Matt. I sold 30 million and lost Luc. I did a movie and lose Taylor,” Lady Gaga said about her relationships, which fell apart in the face of an overwhelming touring agenda and relentless work in the studio. And Lady Gaga cries. She cries surprisingly often in this film. 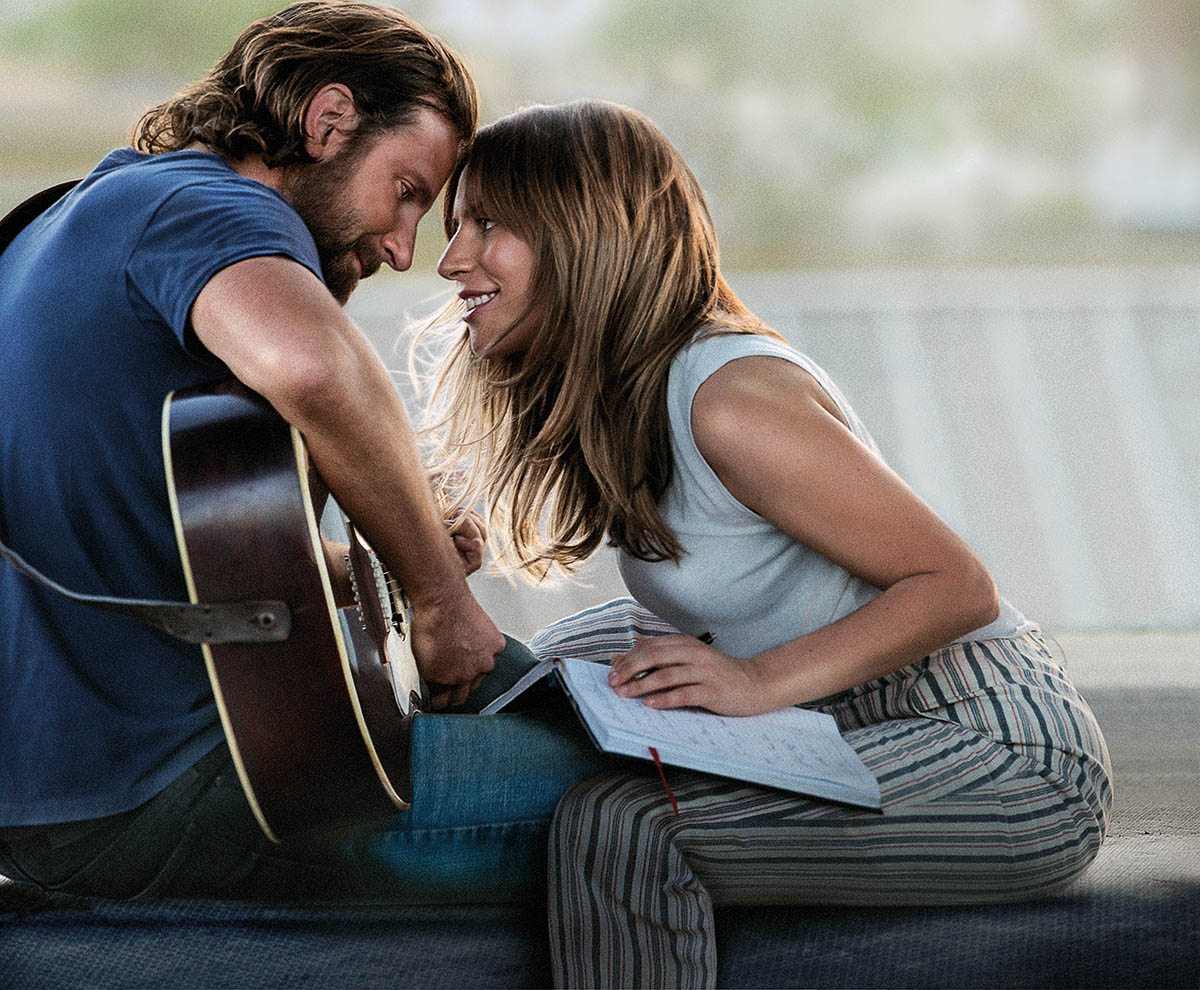 Fibromyalgia. Lady Gaga is not only opening up about psychological pain. For many years, she has suffered from Fibromyalgia, grappling with recurring pain and needing continuous treatment and massages. “Do I look pathetic?” she asks in the Netflix documentary. “I’m so embarrassed. I don’t even know what a child birth will be like.” For the last five years, pain has been her constant companion. Lady Gaga only makes it through the day with the help of prescription drugs. “When I feel the adrenaline from my fans, I can go.” Like the media virtuoso she is, Lady Gaga deconstructs her own myth, and at the end of this intimate glimpse into her life, the viewer thinks, “I wouldn’t want to swap places with her.”

You gotta leave yourself behind,” Lady Gaga says about her career. “I can always bring my past with me, but I can’t go back.” The path in life that lead the 32-year-old singer to where she is today was far from normal, but the beginning was actually quite inconspicuous.

Born in Manhattan, Lady Gaga grew up on the Upper West Side and attended a Catholic private school. She realized early on that she had music in her, but she dropped out of her art course at New York University. Germanotta is not known to waste time—not now, not then. What she needed was to move out into the world and sing.

A new hope. Her big break came exactly ten years ago, when the album Fame was launched. Tracks like “Just Dance,” “Pokerface” and “Paparazzi” became international smash hits and catapulted the singer to the top of the charts around the globe—this at a time when the market was saturated by bright, new, female talent: Rihanna, Katy Perry, Adele. Not to be outdone by this surge of competition, Lady Gaga made her voice heard. She made sure her message, that you can be whatever you want to be, cut through the noise. She wore her “otherness” like a badge, inhabited it like a lifestyle: “I want to do the opposite of what everyone expects of me.” This message not only resonated with girls and women around the world. With her extravagant costumes, it was enthusiastically received by the gay community as well, whereas straight men loved her sex appeal. “Born This Way” became the mantra of a movement: we are perfect just the way we are. It was not a new statement, of course, but hardly has it ever been delivered so authentically and charmingly. Her talent has scarcely been doubted, but at the same time, she was never a classic beauty. The fact that she nevertheless made it onto more magazine covers than most of her singing peers is a testament to her talent and willpower. 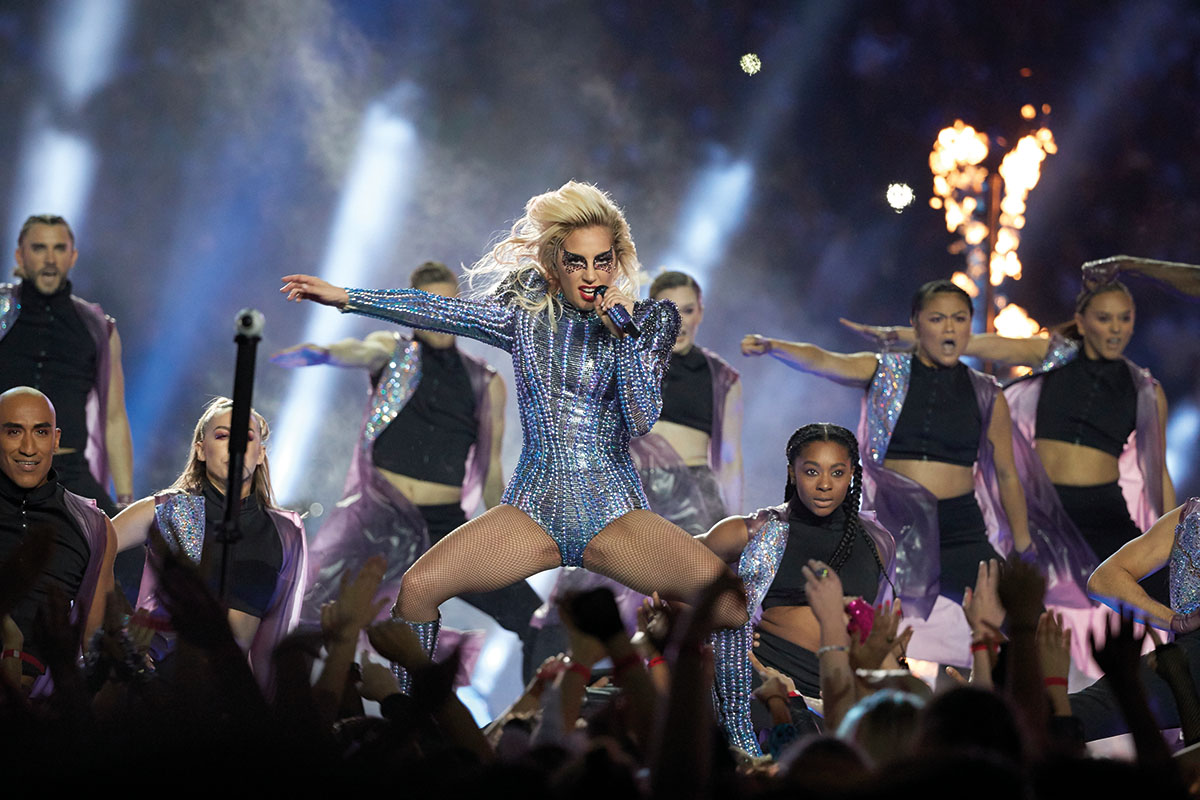 Freak of nature. Over the past few years, Lady Gaga’s motto has solidified: more is more. She wears outlandish wigs, futuristic sunglasses, fishnet-stockings or, in the case of her infamous MTV Music Awards appearance, even slabs of meat: “When producers wanted me to be sexier, I always put an absurd spin on their request to have the feeling I remained in charge.” Eccentricity became crucial to her brand. That girl was Gaga.

Lady Gaga’s confident, glamorous appearance belies the fact that her persona hides a sensitive, vulnerable woman with natural feelings and both feet planted firmly on the ground. On stage she appears remote, eccentric, but never derisive: “It’s great to be famous,” she said once, only to add with candor, “but it’s not easy to go out acting like you’re happy when you’re not at that moment. I am a human being, and I can break.”

Permanent reinvention. Gaga is not a junkie, but she’s also not entirely clean. She is a spokesperson for the youth, but a fun-loving child at the same moment. Lady Gaga is an ambivalent mix, a star who is considered honest and real amid the fake madness of the industry. However, three studio albums into her career, the shtick of the “pop-alien” gradually wore off, becoming redundant.

She decided to change, to focus on her essence and the essentials in life and art, to show a more natural side of herself: in dark jeans and subtle makeup. What seemed unthinkable up to that point became the core of her reinvention with her album Joanne. Together with jazz legend Tony Bennett, she had already released a surprising album that didn’t sound like the old Lady Gaga at all. “I am much more old-school than most people think I am,” she said in an interview. “Many see me as merely eccentric and overlook the artist that I am.” Many also overlook the human being.

When Lady Gaga was discovered, her record label initially planned to set her on the conveyor belt of commercialization. She wouldn’t have it. She wanted to be an entertainer, a living art project and a serious performer. The “Gesamtkunstwerk Gaga” became a success.

Another passion. Then this happened: Bradley Cooper offered her a role in the revival of the film classic A Star is Born. None other than Barbra Streisand had played her role in the last production of the film. On paper, it was a suicide mission. Countless talented singers had tried to cross over into the film industry over the past few decades: Madonna, Björk, Christina Aguilera, Jennifer Lopez. Some of them failed miserably. A Star Is Born tells the story of a musical talent who gets through life waiting tables until she is discovered by a country star and brought onto the stage. In some ways, the fictional plot mirrors Gaga’s life. Bradley Cooper gave Lady Gaga the opportunity to earn her stripes as an actress.

What Lady Gaga does, she does with full commitment. She entered a course at Lee Strasberg institute and studied Strasberg’s method acting approach, just as Marilyn Monroe once did. In 2015, she was offered her first role in the mini-series American Horror Story—and surprised the world. Her TV debut showed a first-rate talent. In early 2016, Lady Gaga won a Golden Globe, the most important film and TV award in the USA, for her efforts. It must look good next to the six Grammys she already had at home. 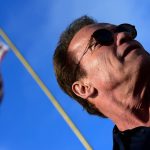 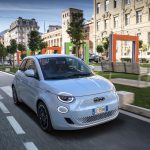