Princeton is one of the most important universities in the world. 42 Nobel Prize winners graduated here, and its trust capital amounts to 24.8 billion dollars. Only 8000 students have the privilege to study here.

At the first glance, Princeton is a picturesque little town like countless others in the USA. Just short of 30000 inhabitants, a sleepy train station, an abundance of green spaces, expansive woods. For six short months in 1783, Princeton was the capital of the United States. Much time has passed since then. “Superman” Christopher Reeve grew up here, and Austrian-American mathematician Kurt Gödel was laid to his last rest in a cemetery in this town.

Einstein’s University. Today, Princeton is a household name all over the world. Princeton University, along with Harvard and Yale, is among the most prestigious–and with a trust capital of 24.8 billion dollars, one of the richest–universities in the world. Forty-two of its graduates went on to win Nobel prizes, 18 in the field of physics alone. Albert Einstein taught here, changing the world with his theories. Computer scientist and mathematician Alan Turing, who cracked the code of Nazi cipher-machine Enigma and laid the foundation for artificial intelligence, studied in Princeton, as did Amazon founder Jeff Bezos, ex-CEO of Hewlett Packard Meg Whitman and Google CEO Eric Schmidt.

The first woman in her position. There is another factor that distinguishes Princeton; with Shirley Tilghman, a molecular biologist, the institution was the first of any US elite university to be helmed by a female president. Tilghman held this office for 13 years before resigning to devote her time to intensive research again.

The Icahn Laboratory on Washington Road at the southern campus, a futuristic building constructed in 2002, sports 31 13-meter-high aluminum screens that move with the sun to ensure that the inside is always flooded with the ideal amount of light. Tilghman’s office is located here, and the path behind the building, Tilghman Way, is named after her. Architect Rafael Viñoly placed a gigantic Frank Gehry sculpture in the atrium, into which a functional meeting room was integrated. Tilghman’s corner office is on the first floor. Tilghman has always been a luminary in her field; she is the founding director of the Lewis-Sigler Institute for Integrative Genomics. The inter-disciplinary connection between molecular biology, chemistry, physics and computer sciences has been central to Tilghman since early on in her Career.

You were Princeton’s first female president. How difficult was it for you as a woman at the beginning of the new millennium to lead such a renowned university?

It really wasn’t difficult at all, to be honest. I think there was about 6 months where there were a number of the older alumni–remember, Princeton was all male until the early 1970s–who questioned how rapid change seemed to be happening at Princeton. But after that, people put that aside and I just became the 19th president.

Is it still more difficult for women today to prove themselves in the scientific community?

I think the situation for women in science when I began, and that would have been in the early 1970s, there were very few of us. We felt we were pioneers, and we were pioneers. I think, actually, the pioneer’s spirit was an advantage; it helped some of us to overcome overt and covert discrimination that we encountered. There has been tremendous progress, all of the statistics say that women are much more participating in the sciences than they were in the 1970s. But I will say that progress, I think, is stalling. And it’s a very important question for all of us about why, after basically a couple of decades of increased participation of women, we are now seeing very little Progress.

What were your most important goals when you started as president?

My most important goal on my first day was to learn my job. Because when I started I was the director of the Genome Institute; that had been my most senior administrative post at the university. So, I had a lot of learning to do. If there was one thing I knew I was going to do, I was going to increase our role in the field of neuroscience. I’m not a neuroscientist, but I was absolutely persuaded that neuroscience was going to be basically what biology and physics were to the 20th century. And if Princeton didn’t have a major effort in neuroscience, we would not be the serious scientific institution that we always claimed we were. So that was something I knew for sure I was going to do. Everything else really came as a result of listening, talking and learning.

But many people say that you really changed a lot. You moved the entire university forward into the age of digitalization. From your personal point of view, is there something that you were unable to change that you would have liked to?

I think the issue that I felt I left undone was to improve the quality of undergraduate student life. We have a very peculiar system of living and dining in Princeton, particularly for upper-classmen. I felt it was one that served a fraction of the student body very well, and then left behind a significant other fraction. One of the things I learned was: The hardest thing to change is culture. And despite some pretty serious runs at it, I was unsuccessful in making much of a change in the way students choose to interact with one another, particularly in the junior and senior year.

Is there such a wide rift between those groups?

One of the fascinating things about the history of Princeton is that in the late 19th century, Princeton gave up feeding its juniors and seniors. And they began eating at what was called eating-clubs. They are privately owned, not by the university, and roughly half of them are very selective. Which means that in order to become a member of the club, you have to go through a process called Bicker. And that process can be quite brutal for those who go through it and don’t succeed. Because it doesn’t only mean that you are not going to be a member of that eating-club, but now you don’t have a place to eat on campus! It’s a system that is a holdover from, frankly, the 19th century, and I don’t think it serves the university well. 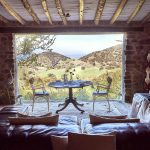 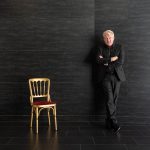