Four years ago, his announcement was featured in all global media outlets: Prof. Sergio Canavero, renowned neurosurgeon from Turin, is planning the world’s first transplantation of a human head. The subsequent outcry resonated loudly throughout the medical community: many experts agreed that such an undertaking would never be successful, much less at any point within the next few decades. However, together with various teams in the US, China and South Korea, the author of more than 140 scientific publications continued to pursue the plan he called HEAVEN (Head Anastomosis Venture). In his GEMINI protocol, Canavero outlines every necessary step of the procedure in detail, laid out like in an instruction manual. Whereas the media covered his project in thousands of features published and broadcast around the globe from CNN to the New York Times, from the Independent to the Guardian, Sergio Canavero reached one milestone after another. In an exclusive interview with OOOM, the medical pioneer now reveals, for the first time, facts about a procedure that may not only fundamentally change medicine but also the lives of millions of people in wheelchairs:

Incredible results. Xiaoping Ren will announce the exact schedule for the head transplant procedure in a special press conference in China in the next two months. Many experiments have already been conducted and, according to Prof. Canavero, have yielded “incredible results, which will change the course of medicine.” Dr. Ren will publish his findings in leading medical journals in the near future. The world’s first head transplant reportedly poses far fewer surgical and medical obstacles than previously assumed. The duration of the procedure will allegedly be significantly shorter than 72 hours. “I can only congratulate my friend and colleague Xiaoping Ren; his accomplishment is a masterstroke,” says Canavero. In an exclusive interview with OOOM personally authorized by Prof. Canavero, he states – for the first time – the facts of the groundbreaking procedure.

Professor Canavero, four months ago, the New York Time announced in a five-line paragraph that the world’s first head transplant would be conducted in December 2017 in the Chinese city Harbin. So far, this has not been confirmed. Are these reports correct?

Yes, they are correct. The world’s first human head transplant will be conducted in less than ten months. The Chinese team of doctors is led on site by Dr. Xiaoping Ren of Harbin Medical University, a close friend of mine and an extraordinarily capable surgeon. The operation will be conducted in Harbin.

What can you tell us concretely about the operation?
At present, nothing in detail. When the time comes, the official news will be announced by Xiaoping’s team in China. At the moment, I can only disclose that there has been massive progress in medical experiments that would have seemed impossible even as recently as a few months ago. The milestones that have been reached will undoubtedly revolutionize medicine. That much I can already say. We have just submitted the results of these studies for publication to renowned scientific medical journals, so we do not wish to preempt the upcoming publication.

If the world’s first head transplant will take place in China, then the Russian candidate Valery Spiridonov will not be the first patient on whom the operation will be conducted.
That is correct. The first patient will be Chinese.

Read the spring edition of OOOM for free online. 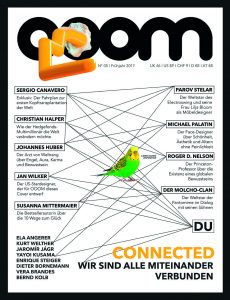 George Washington High: The Other Side of New York 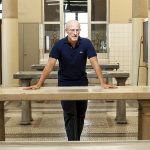 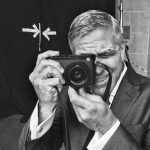