His voice is calm, his words are level-headed, as if he were giving the typical speech of a politician opening a conference somewhere. But what he says touches not only his own people, but the whole world. And he says it with a clarity and conviction that you know he means it when he speaks of fighting and fierce resistance in the face of the advance of Russian troops. Rarely has a politician experienced such a global wave of sympathy in a matter of days or weeks as Volodymyr Zelensky, 44, the president of Ukraine.

Since Russia invaded his country, the former actor has become a global symbol of freedom and peace. That Russia wants him to surrender and is pushing to seize Kiev and other key cities with barbaric force only makes him more popular. Vladimir Putin is now experiencing the opposite of what he wanted to achieve with his brutal actions. For Zelensky keeps a cool head even in the face of overwhelming power, prudently leads his own army, continuously forges alliances with the West and constantly communicates with his own population and the world. In the TV series „Servants of the People“ he satirically took aim at the corruption and mismanagement in his country; now Volodymyr Zelensky has matured into a great statesman.

The OOOM 100 jury has therefore decided, due to the dramatic nature of current events and as a sign of global appreciation of his personal efforts, to select Volodymyr Zelensky as „Most Inspiring Global Leader 2022“ outside of the regular OOOM 100 voting.

OOOM Editor-in-Chief Georg Kindel, Chairman of the Jury: „His personal commitment to the freedom and independence of his country touches the whole world. He risks his life not only for his homeland and its people, but for the values of the entire Western world and leads his country sovereignly through its darkest hours. Volodymyr Zelensky is a modern hero and shining example for all of us.“ 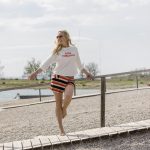