She fought battles with film studios, was hours late for shoots, her propensity for whisky was legendary, she alternated between taking sleeping pills and uppers, she often forgot her lines and, on top of all of that, she posed naked for photographers –a major scandal in prudish 50s America. But once a camera was pointed at her, she acted so rapturously that she eventually ascended to being the most famous,  most photographed woman in the world.

To this day, many are convinced that Marilyn Monroe’s career would have never been so global, that she would never have become the biggest film star of her time, had she not had her teacher and mentor, the man who taught her everything she needed to know to act in front of a camera: Lee Strasberg.

Method acting. The theater director was born in former Austria-Hungary and immigrated to the USA with his family when he was a child. Strasberg went on to develop the method acting approach, a revolutionary acting method with which actors stimulate memories from their personal biographies to embody the character of a role. This generates a maximum of identification on the part of the actor with the role they play. Lee Strasberg divided his acting classes into relaxation routines and memory exercises; the goal is to conjure up emotion that is not fleeting but repeatable, with the aim to enable an interplay between conscious preparation and unconscious spontaneity.

To this day, Strasberg’s legacy is taught at the most renowned acting school in the world, the Lee Strasberg Theater and Film Institute in New York, founded in 1969. On 15th Street, close to Union Square Park, stands a complex of rust-colored brick buildings that became a temporary home for generations of actors: Julia Roberts, Scarlett Johannsson, Angelina Jolie, Christoph Waltz, Adam Sandler, James Spader, Uma Thurman, Julianne Moore -the list is long and illustrious. The school is led by Victoria Krane, Lee Strasberg’s sister in law. To this day, Strasberg’s third wife, Anna, still works in her office on the ground floor, right next to Marilyn Monroe Theater. The reception area is the stage for busy comings and goings; groups of students are arriving and leaving in a constant stream. Old movie posters of films starring former students adorn the walls. Many alumni return to the institute  -frequently to give speeches and to pass on their knowledge to the next generation of actors. Al Pacino was here on November 13, Claire Danes on April 20, and Sally Field on May 5.

A life for Strasberg. Victoria Krane, president of the Lee Strasberg Theater and Film Institute, welcomes us in her office. The space is filled with memorabilia of the great director, with souvenirs betraying his influence on the world of acting. Behind her desk, a black movie poster for “The Godfather II” with Al Pacino hangs on the wall, next to a poster of Pacino in “The Merchant of Venice.” A pin wall holds black and white pictures of Strasberg himself, one photo shows him wearing a kippa, and in another he sits on a park bench. Several pictures show Krane’s son, who also chose the acting profession. In one color photograph, Krane stands next to Strasberg, standing at least a head taller than her brother-in-law. Above the window, a series of decorative plates show images of Marilyn Monroe, portrait shots of the diva alongside pictures of the actress wearing a bikini in lascivious poses. Krane, who wears a black costume, takes a seat in a leather chair and starts to tell us about her work, her voice conveying unbroken passion for her life’s work. She is carrying on the legacy of a man who his students admire as a genius.

It takes a passion, determination, talent and good training. It has to be that you couldn’t live without it. That usually defines a good Actor. 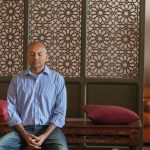 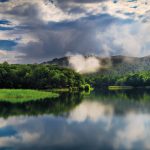